The Greening of the White House 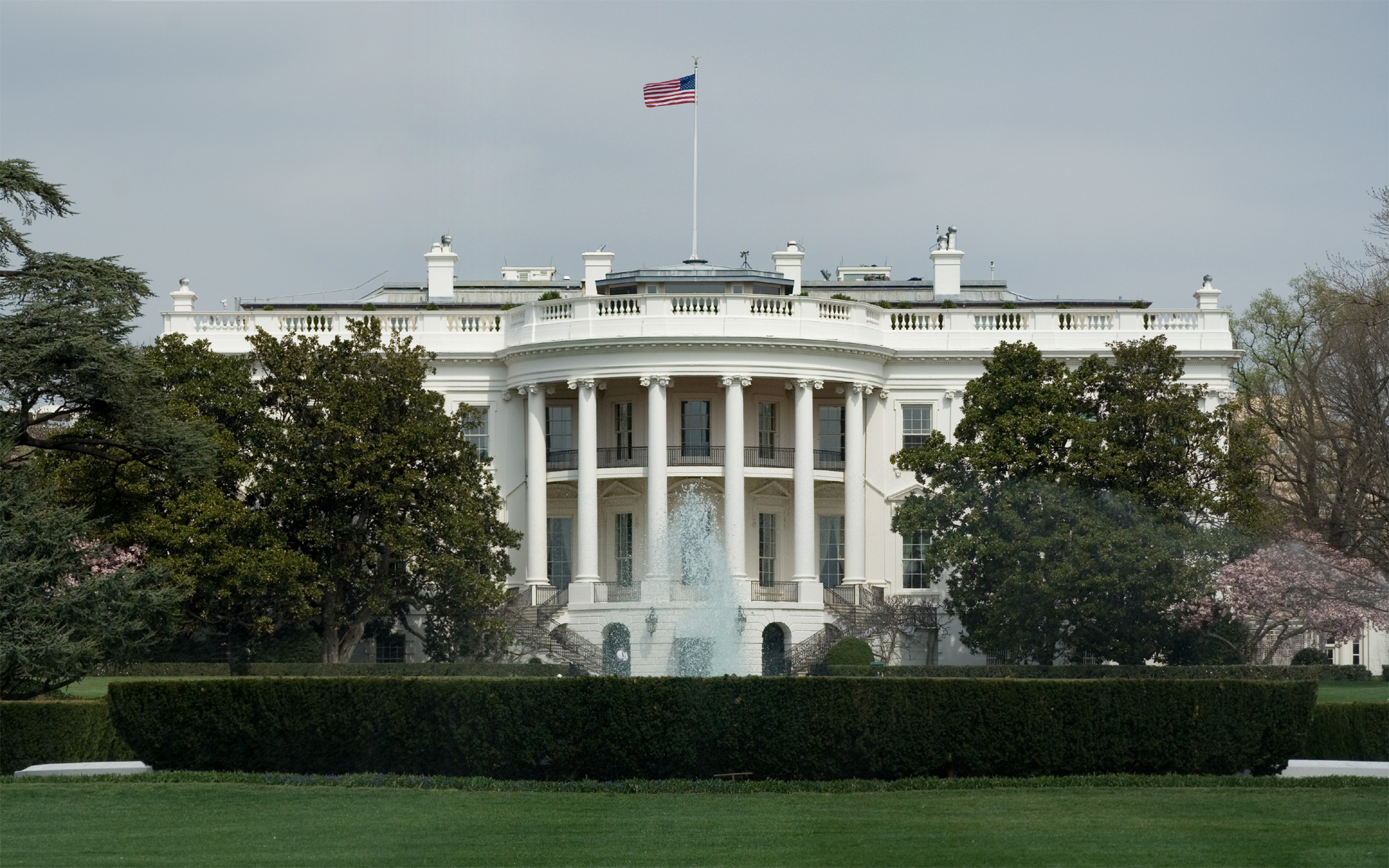 Originally constructed at the end of the 18th century, the White House has a long history of technological innovation. The Greening of the White house in 1996 built on this history by seeking to transform the historic building into an example that all Americans could apply to their own homes and offices. The initiative identified opportunities to reduce waste, lower energy use, make use of renewable energy, and improve the air quality and comfort of the president’s headquarters all while saving taxpayer dollars.

“For as long as I live in the White House, I want Americans to see it as a symbol of clean government, but also a clean environment …. We’re going to identify what it takes to make the White House a model for efficiency and waste reduction, and then we’re going to get the job done.” - President William Clinton, Earth Day Address, April 1993

This speech by President Clinton set the Greening of the White House initiative to in motion by creating an effort led by an Inter-Governmental Agency Team and the American Institute of Architects to develop a Feasibility Study. This was the first time that the “best of the best” architects, engineers, lighting designers, and landscape architects had been brought together for three days to work together on this Feasibility Study which turned into an historic event. More typically at the time, those entities would work independently during a design. Not this team! We recognized that the decisions we were making influenced each other’s work and that continuing to collaborate would be key in a successful project. This was the first “design charrette” we had all participated in, and we loved it! We had floaters joining all the groups, sharing information and creativity. At least once every couple of hours, we all shared with the larger group our innovative ideas and joined in collaborative ideas.

In addition, the federal agencies involved in the White House were all participating including the National Park Service, Department of Energy, General Services Administration, Secret Service, White House Executive Residence staff, and more. They were there to not only collaborate with us and each other but gather ideas that could be applied to all federal projects.

I was extremely honored to be chosen by American Institute of Architects (AIA), thanks to the nomination from Rocky Mountain Institute, to lead the “Lighting Group” which included Hayden McKay (Hayden McKay Lighting Design) and Francis Rubenstein (LBL – DOE) for this monumental event. Together, we delved into the existing lighting of the White House and Old Executive Office Building and brainstormed about how the lighting could be improved AND save a ton of energy. 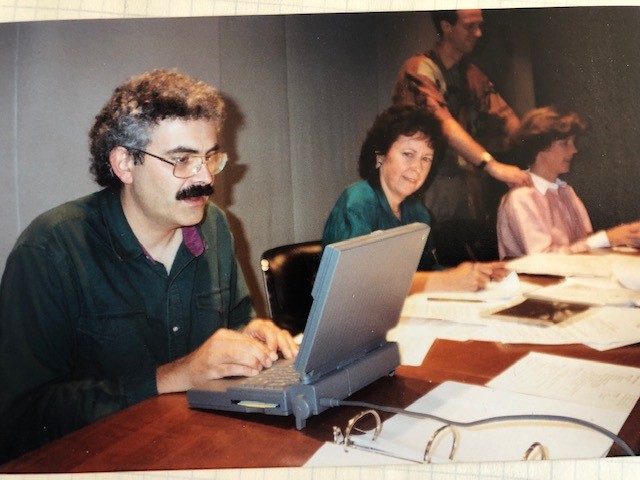 The lighting improvements proved to be a huge challenge because of the “historic” designation of the White House. Before we could change anything of historic nature, we had to prove that nothing would alter historic designations. Since this was 1993, the majority of the White House lighting was incandescent, including the White House façade. Our first recommendations were easy, replacing the incandescent functional lighting with compact fluorescents with a fraction of the energy use. Additionally, we suggested retrofitting older fluorescent T12 lamps and magnetic ballasts with energy saving and better color rendition fluorescent T8 lamps and electronic ballasts. As a result, these simple changes not only saved energy but greatly improved the lighting quality.After that, the recommendations became more difficult, especially when it came to replacing the tungsten halogen exterior floodlights with color corrected metal halide. Interestingly, the white color at night of the White House has historic protections. Changing a light source involved deploying multiple filters at night and using a radiometer to ensure that our new energy efficient lighting “matched” the white color of the White House. Our lighting team finally came up with a great lighting solution that not only preserved the White House “white” and saved energy, but also greatly reduced maintenance. 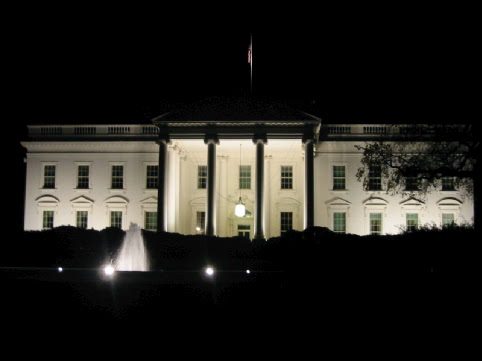 After the charrette was finished and our recommendations given, the White House established a multi-year plan to take all of the recommendations and start the journey of showing by example on how to save energy, improve the health and well-being of the occupants, and save the earth.

Many of the steps identified during the first two years of the Greening Initiative were implemented. The Second Annual Report, issued in March 1996, estimated savings of more than $150,000 per year in energy and water costs, landscaping expenses, and expenditures associated with solid waste. White House greening measures completed since 1996 are saving an additional $150,000 each year, for a total of approximately $300,000 annually. These new projects, together with original measures, are also avoiding atmospheric emissions of at least 845 metric tons of carbon every year.

It was an incredible experience and our unique multi-disciplinary team went on to work on other incredible initiatives such as Grand Canyon National Park General Management Plan and the Greening of the Pentagon. We had all met during Greening of the White House charrette and continue to cooperate to this day as colleagues in leading worldwide green initiatives.

It truly was an initiative that changed the world! 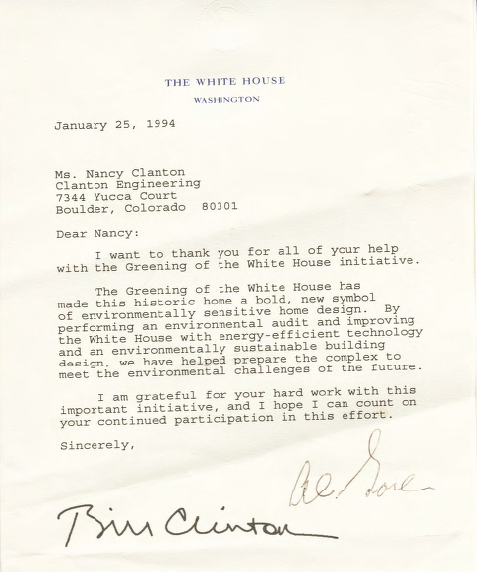 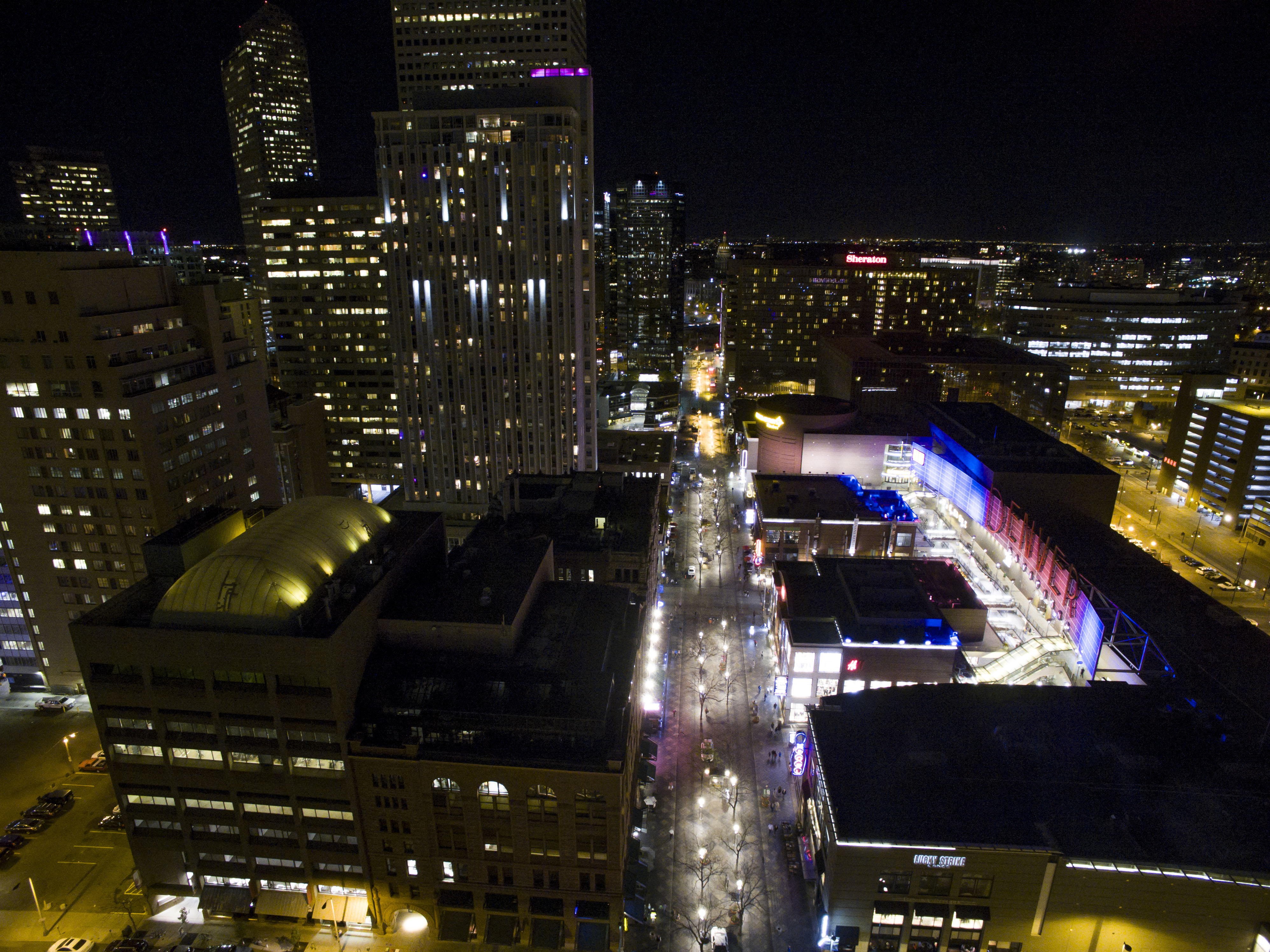 The Hitchhiker’s Guide to Smart and Sustainable Cities 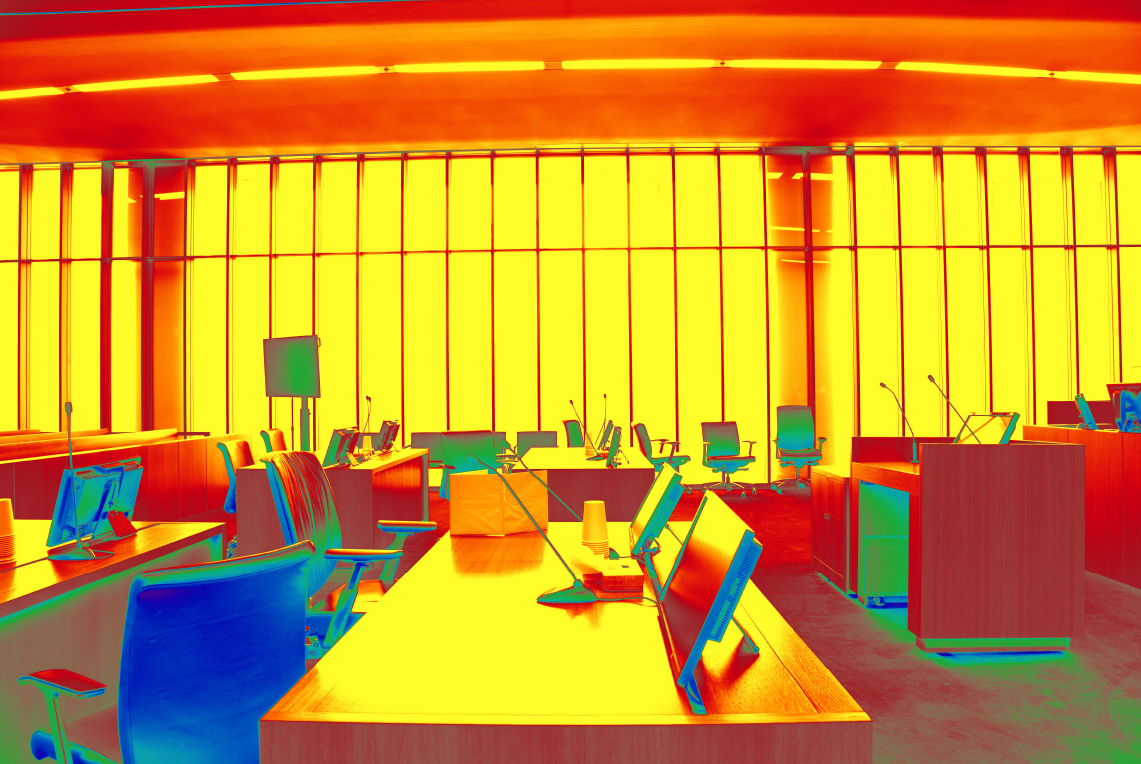 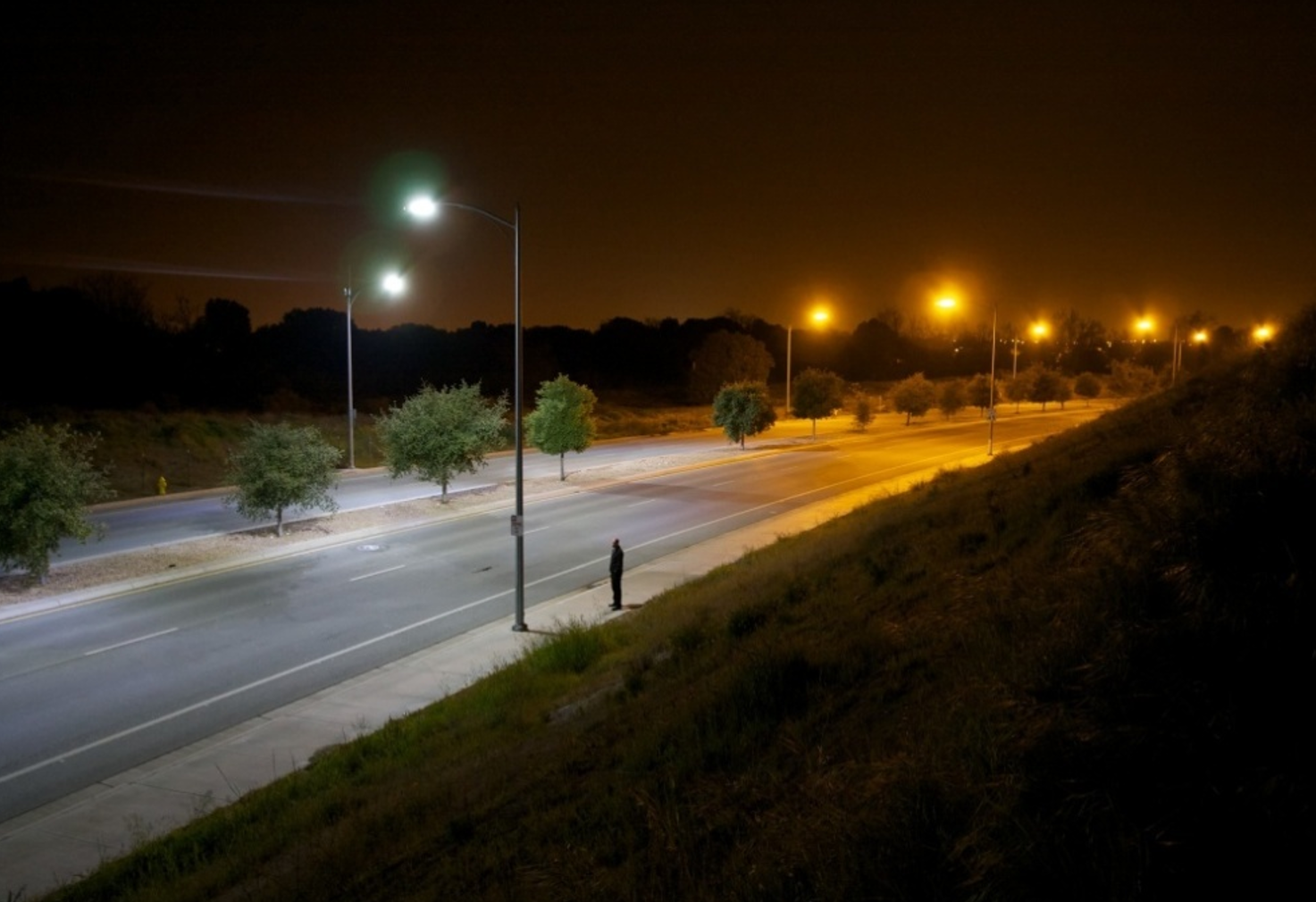 A Tale of Four Cities and Beyond!

Connect with a team member to explore the possibilities!